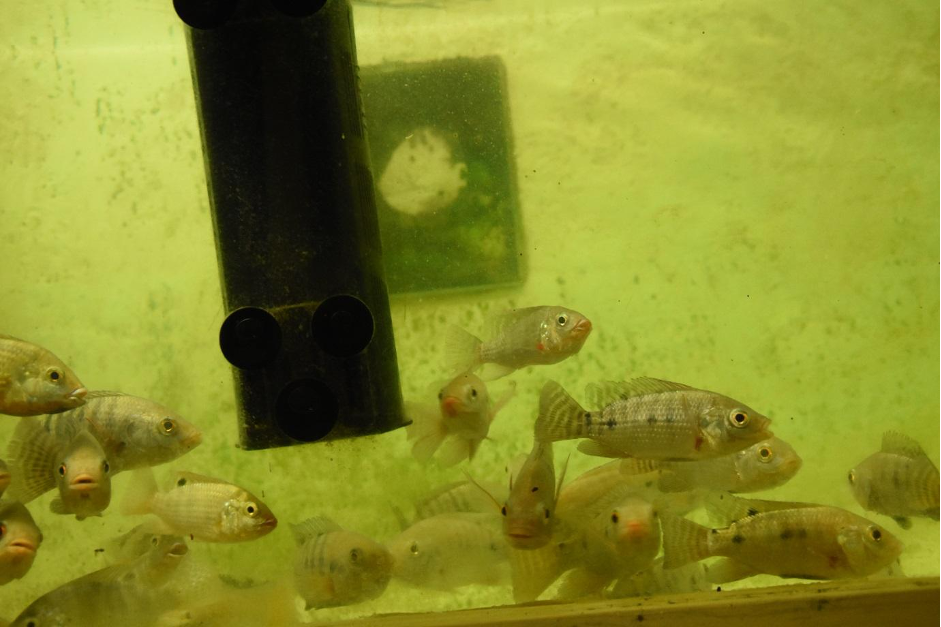 Ornamental fish is the coloured fish that can be reared indoors and is mostly used in aquariums for beautification purposes.

“For many years, countries have been importing ornamental fish. This kind of fish is expensive and can boost a country’s economy if invested in,” says Dr. Juliet Nattabi, a lecturer at Makerere University’s Department of Zoology, Entomology and Fisheries Sciences.

“We have ornamental fish in Uganda, but unfortunately, people have not exploited the natural resources to their full potential,” she says. 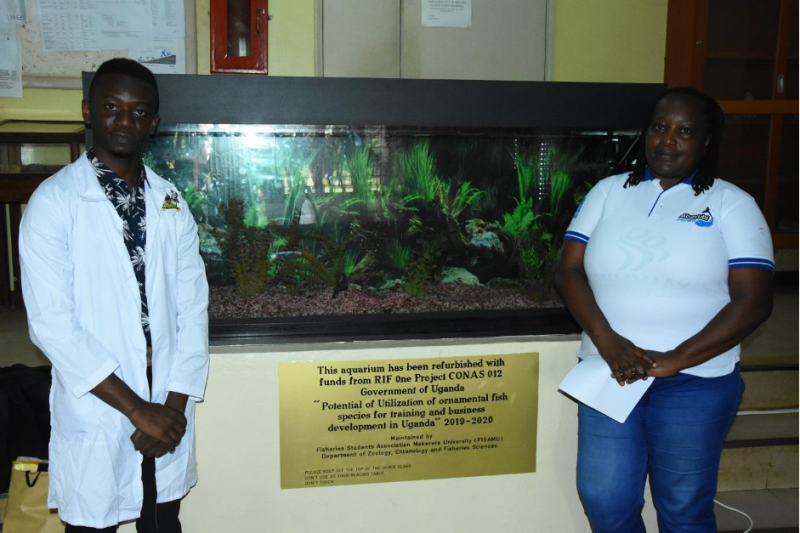 Dr. Juliet Nattabi and Kluivert Namutete at a refurbished aquarium at the Department of Zoology, Entomology and Fisheries Sciences

Dr. Nattabi says that through funds acquired from the first Makerere Research and Innovation Fund (Mak-RIF One) project for the potential of utilization of ornamental fish species for training and business development in Uganda, the Department of Zoology, Entomology and Fisheries Sciences refurbished the university’s dilapidated aquarium.

This was done in order to train students and the public in how to look out for other fish species and take care of them indoors. With the training, Dr. Nattabi hopes that Uganda’s ornamental fish can attract the international market.

How the fish is collected

Dr. Nattabi says that each year, a team of students and staff conduct fieldwork at Lake Nabugabo to collect samples of fish, both passively and actively. “We use the Hanna instrument to take the oxygen, conductivity, and temperature to be used when transporting the fish,” she says. The fish is transported using a tank and an inverter, and later placed in the receiver for observation and selection. 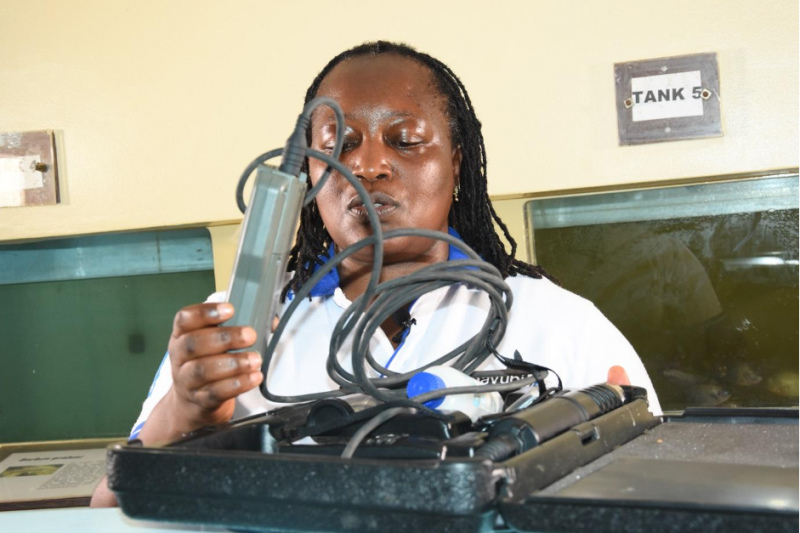 Dr Natabi explains how the Hanna instrument is used

Kluivert Francis Namutete, a former student in the department,  says some fish died because the team had not yet devised means to breed mosquitos that some species feed on.

“While in the field, they did not have licenses and equipment. We ended up using fishermen’s equipment at a fee,” says Dr. Nattabi, adding that delayed procurement of equipment was a problem and that the team had needed to be creative to achieve their goals. 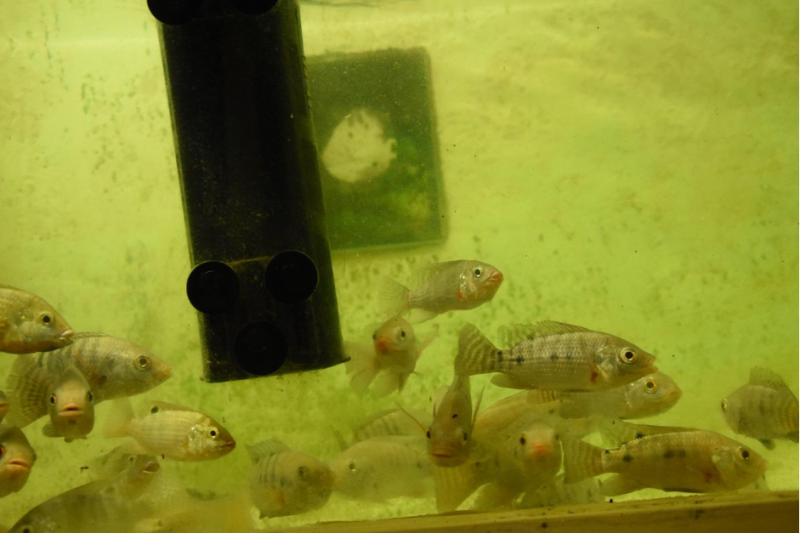 The Tilapia Zilli species in the aquarium

Continuity after the project

“With the aquarium refurbished up to 80% , we shall keep collecting fish and maintaining the 18 ornamental fish species; and we shall train both students and members of the public in how to look after indoor fish,” Dr. Nattabi says.  She adds that findings of Namutete’s research will also provide guidance on caring for the species. For his undergraduate research in 2020, Namutete documented the potential ornamental fish species from samples collected from Lake Nabugabo ecosystem. 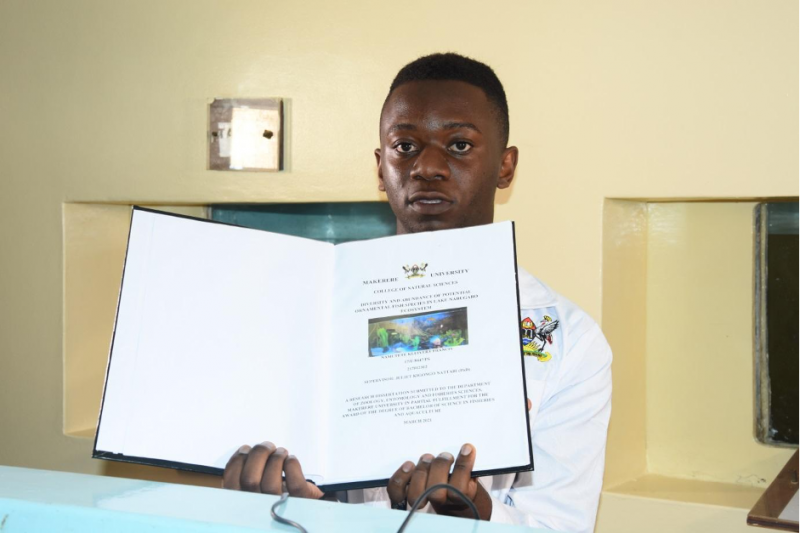 Namutete holds up his dissertation.

The team desires to extend their project, and they particularly encourage women to join and promote the ornamental fish trade, since it is indoor and convenient.

I dreamed it, worked hard for it, and earned it
2 months 1 week ago
An opportunity to discover and compare best practices in the field of Journalism and Media Research
2 months 1 week ago
Applications for short courses
10 months 2 weeks ago
Makerere Communication student wins international scholarship on media development
1 year 1 month ago
Daring strategically: Brenda Namata’s journey
1 year 1 month ago