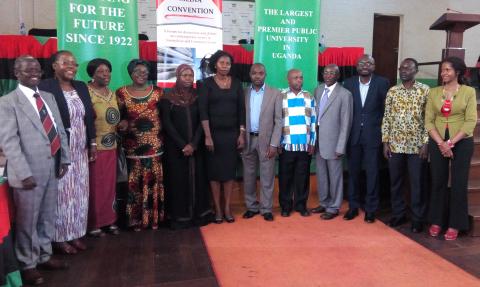 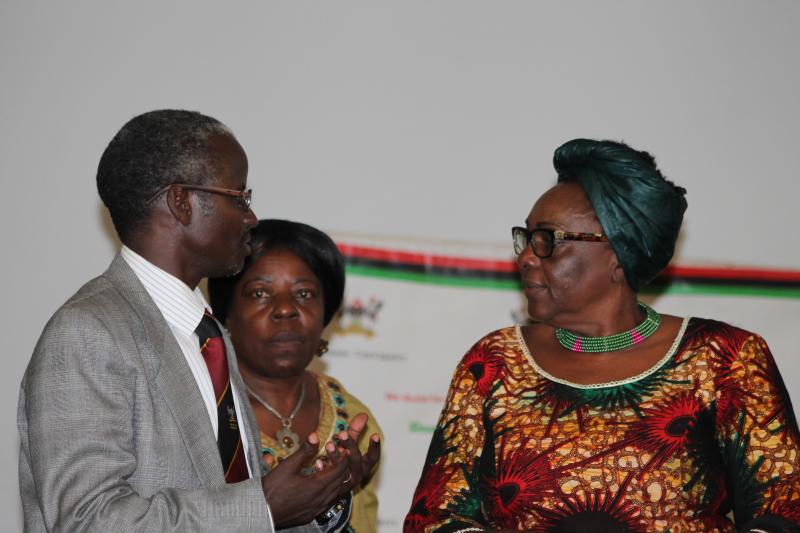 The minister of General Duties in the Prime Minister’s office, Hon. Mary Karooro Okurut, has commended the Department of Journalism andCommunication at Makerere University for maintaining quality training. While speaking as the Chief Guest at the Annual Media Convention held at the institution’s main hall on 30th November 2017, Minister Okurut said she took part in drafting the first syllabus for the Department, and was happy her efforts yielded fruit.

“I really have Makerere at heart, and I’m happy that I was invited to this event. I commend the Department for taking forward what I started several years back,” Minister Okurut said.

She added that there is need to train Journalists to cover elections, saying that the event’s theme: “Media and governance in emerging democracies and hybrid regimes: Reporting on elections in the East African regions 2005-2017” was appropriate. 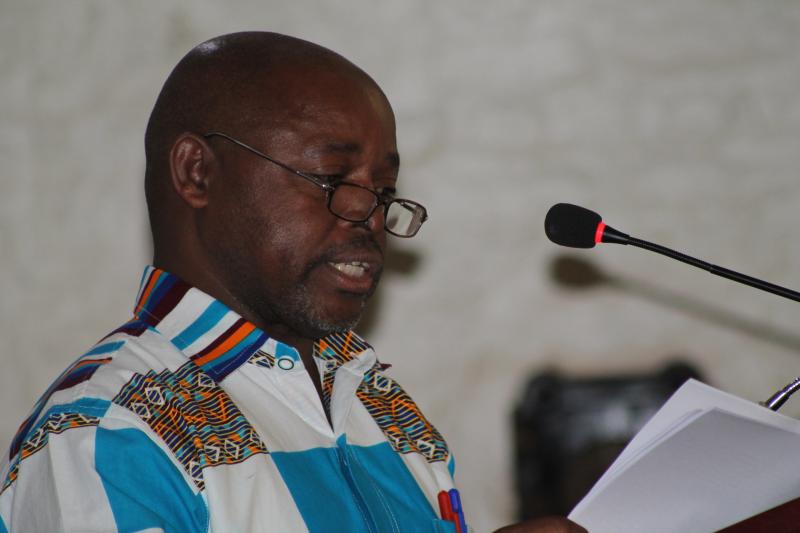 In his address, Prof. Barya emphasized that the media is important for any democratic society but needs to operate within the existing legal, political and instituional framework.

"It [the media] is either constrained by that framework or must operate, if it is to serve society meaningfully, in constant opposition to the exisiting politico-legal framework and therefore in constant friction with the state," he observed.

He decried the arrests of journalists and shutting down of media houses by government agencies, saying that such a working environment strains the work of the media. He concluded that role of the media in Uganda during and after elections is always determined by the state.

"This is a neopatrimonial state in which corruption is used as a method of of governmence rather than an aberration, is constructed around personal and family rule and is therefore inimical to the functioning and operation of institutions in a democratic state as parliament and the judiciary," Prof Barya said.

The Vice Chancellor of Makerere University, Prof. Barnabas Nawangwe, in his speech that was read by Prof. Josephine Ahikire the Deputy Principal College of Hum

es (CHUSS), pledged to support the Department in its endeavours to become a School of Journalism and Communication. ”I commend the ambitious plans you have  and urge you to dilligently source funding from the various development partners to see these plans to fruition. I am aware that you desire School status, atleast to be at the same level with other training institutions in the region. I am confident that in collaboration with the Office of the College Principle, this can be achieved. I have no doubt that your Department can support Makerere University acheive on her short and long term objectives especially by availing a centralised platform for debate. As a UNESCO Centre of Excellence in Journalism training, I challenge you to scale up this Annual Media Convention to attract regional participation. Uganda’s involvement in the East African Community should be seen and felt at all levels and academic is certainly central to this process. I therefore challenge you to widen your horizon for the convention and subsequent events,” he advised. 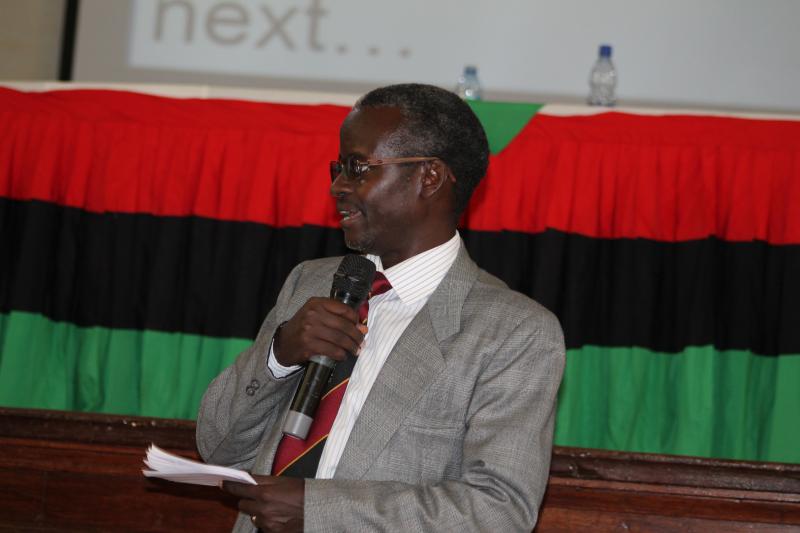 The Chair Department of Journalism and Communication Dr. William Tayeebwa, observed that “As a leading training institution in journalism and communication in the region, the Department decided to invite colleagues to reflect on the role the media should play in covering elections, particularly to help the citizenry understand the importance of the predictability in presidential transitions as a sine qua non for good governance. How should the media relate to other arms of government like Parliament (Judiciary) and the courts (legislature) or even the armed services (police and the army) in fostering the kind of constitutionalism on orderly transitions? These and others are the issues, Hon. Minister, our distinguished speakers will interrogate.” He humbly asked the Minister to intervene in the closure of Campus FM by Uganda Communication Commission (UCC), which was a key platform for debate by students, University Staff and other stakeholders. 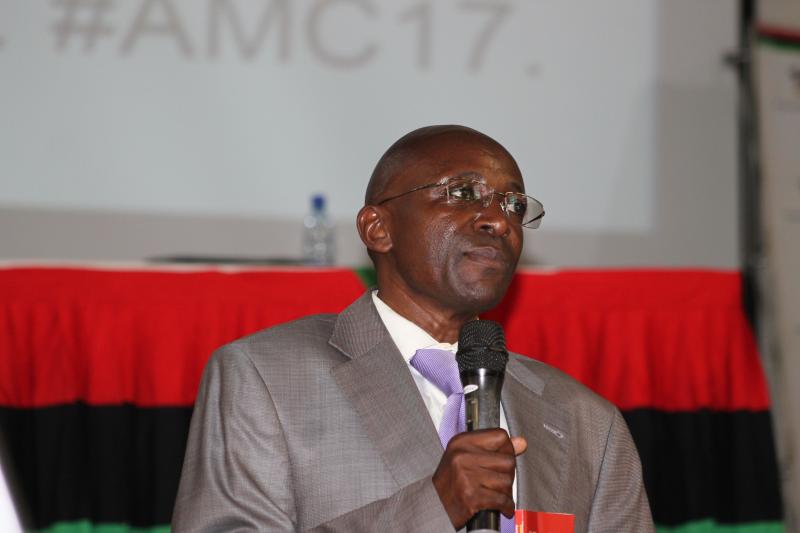 The conference was convened by Adolf Mbaine, a lecturer at the Department, who also presented a paper on ‘The politics of broadcast regulation: Ananalysis of the UCC regulations for broadcasters in the 2016 general elections.’ He noted that broadcast regulators need to be independent of government, and political parties in order to operate freely and fairly. According to Mbaine, the directives that UCC has always issued are inconsistent with the established laws. "If a media house does not act ethically, it is the media council that has to solve that issue, and I don't think UCC is such a body," he asserted.

In his presentation titled: ‘A comparative study and analysis of the media coverage of elections in Uganda 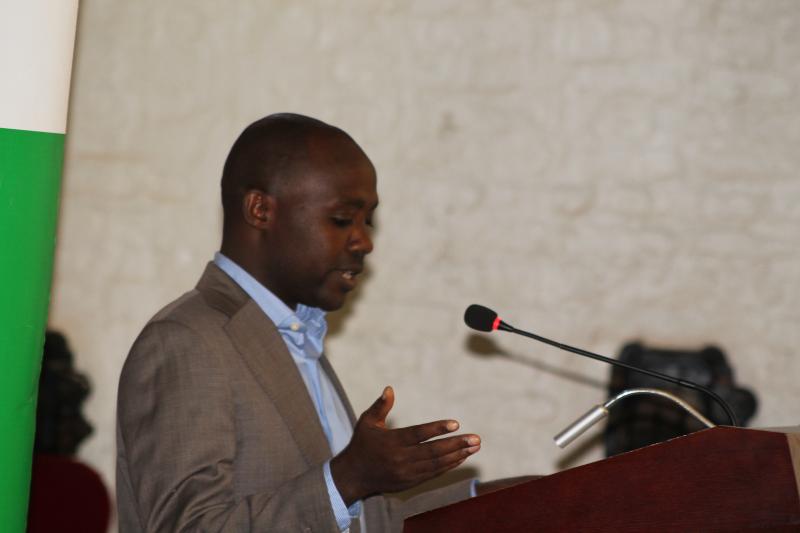 because they deter them from covering objective stories. He observed that candidates who had no money to give to the media personel either received bad media coverage or never got any.

As a solution, Walulya advised that media houses should always facilitate their journalists to avoid the temptation of bribes from candidates. "Once the candidates are not given free and fair media coverage, the election can not be free and fair," he concluded.

Dr. Tayeebwa, who was also in the capacity of Acting Dean, School of Languages Literature and Communication, launched a book ‘Media for Young People in Uganda: An Introduction to Theory and Practice.’ The book, sponsored by the German development agency, Deutsche Gessellschaft fur Internationale Zusammenarbeit (GIZ), examines ways in which diverse media forms can be, and have been used, to entertain, inform and empower young people. The book proposes that matters concerning young people’s access to information, their media literacy skills, and the content that influences their intellectual and social lives, should be considered critically.

The convention closed with the recognition of the best journalism students. Ivan Rugambwa received UGX 1million for being the overall best student in the academic year 2016/2017.The award was given to him by Charles Odoobo Bichaachi, the Executive Editor Monitor Publications. “I am humbled to be the recipient of the Daily Monitor's prestigious Tebere Mudin Award. A big thank you to the colleagues with whom I walked the 4-year journey. May we, through our work, continue to honour the memory of these pioneers of Uganda's Fourth Estate,” said Rugambwa.

The other winners were Eronie Kamukama and Badru Katumba who emerged as overall best students in the academic year 2015/2016.  Kamukama won the Tebere Mudin award (Daily Monitor) while Katumba was awarded the Cranimer Mugerwa  (The New Vision) accolade for best photojournalism student. Each of them bagged one million shillings that was given to them by Jimmy Adriko a photojournalist at New Vision and Prof Monica Chibita, the Chairperson Board of Directors, New Vision.

“New Vision has been giving this award in recognition of Cranimer Mugerwa, a distinguished photojournalist at New Vision who died after a short illness. So it was to recognize his handwork and promote photojournalism,” Adriko said. 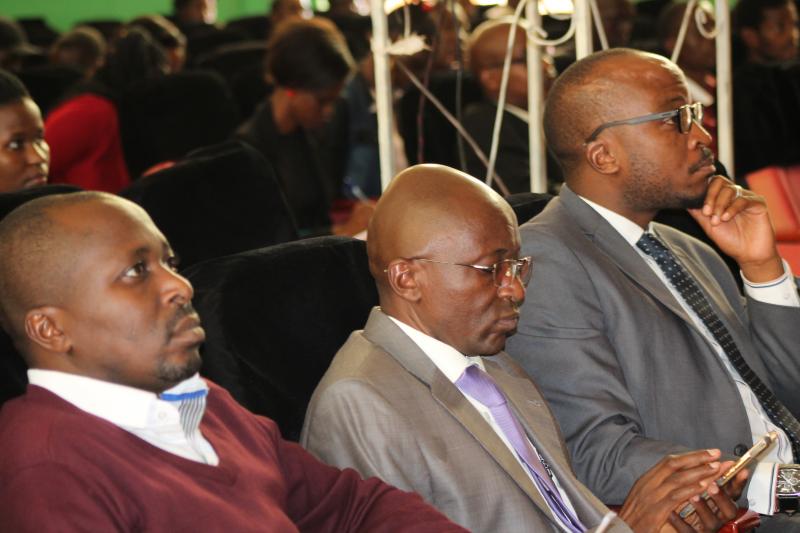 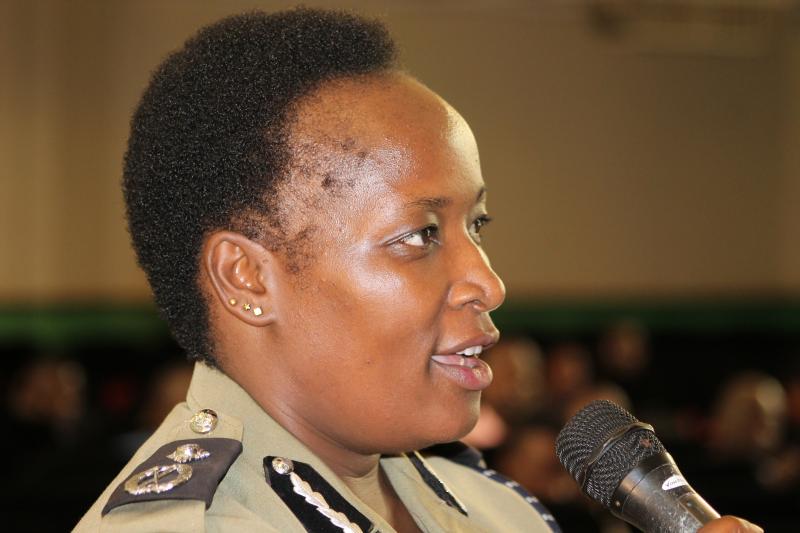 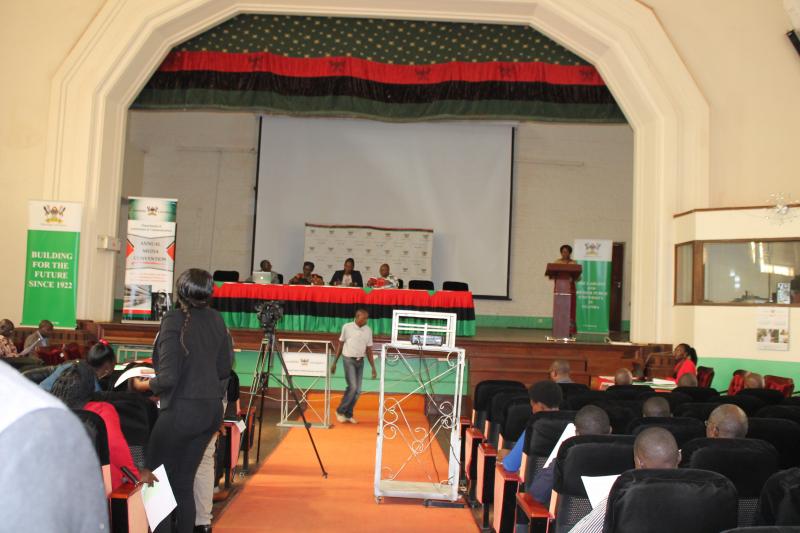 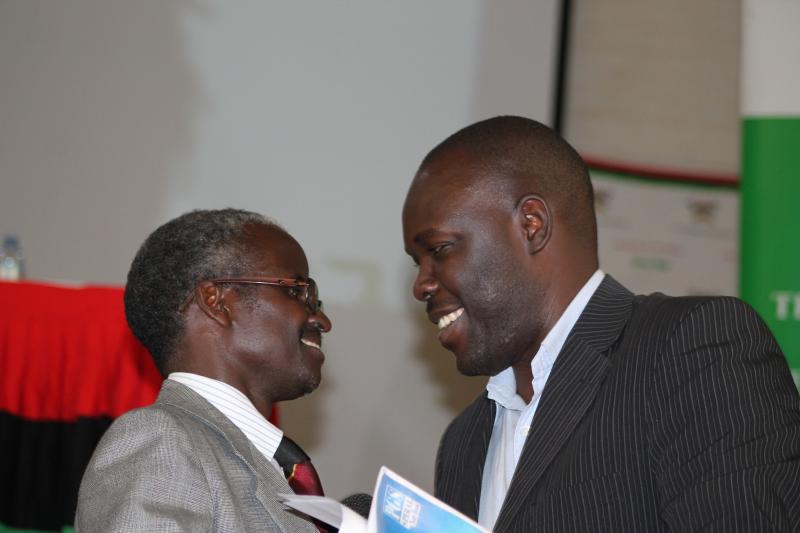 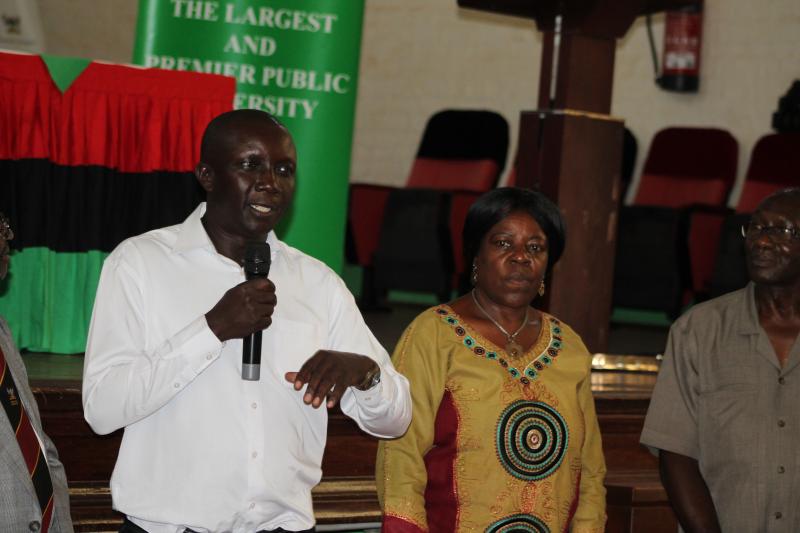 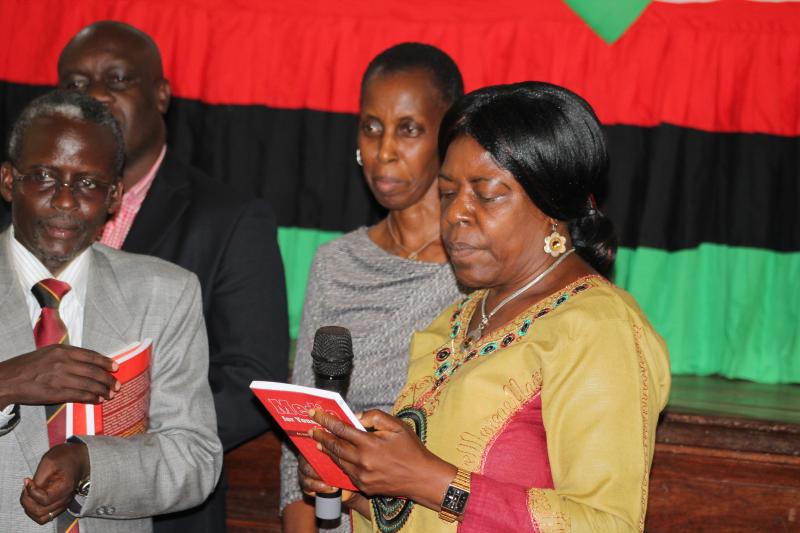 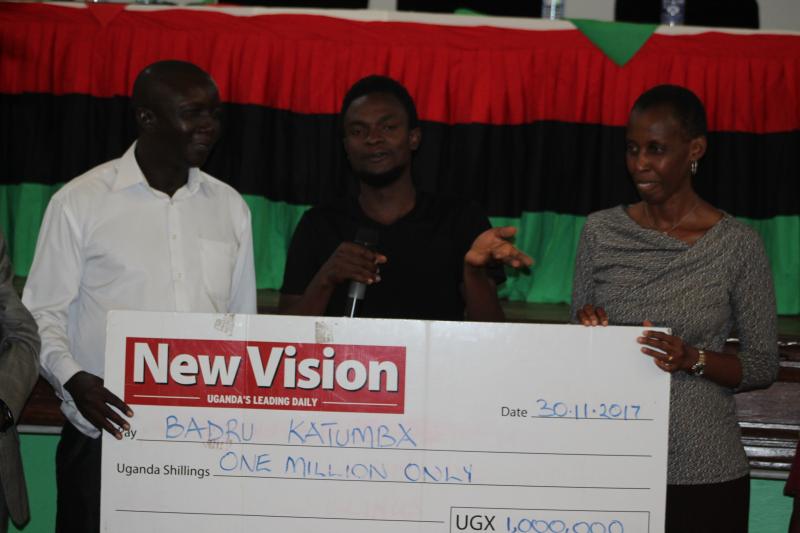 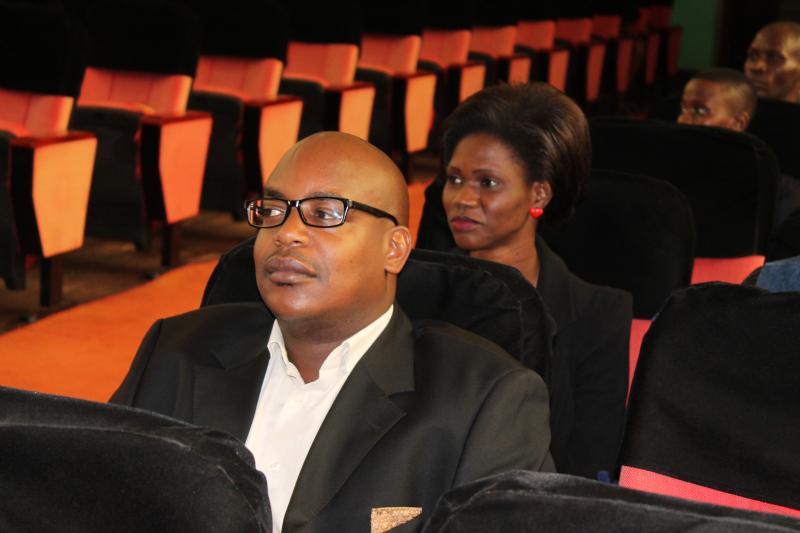 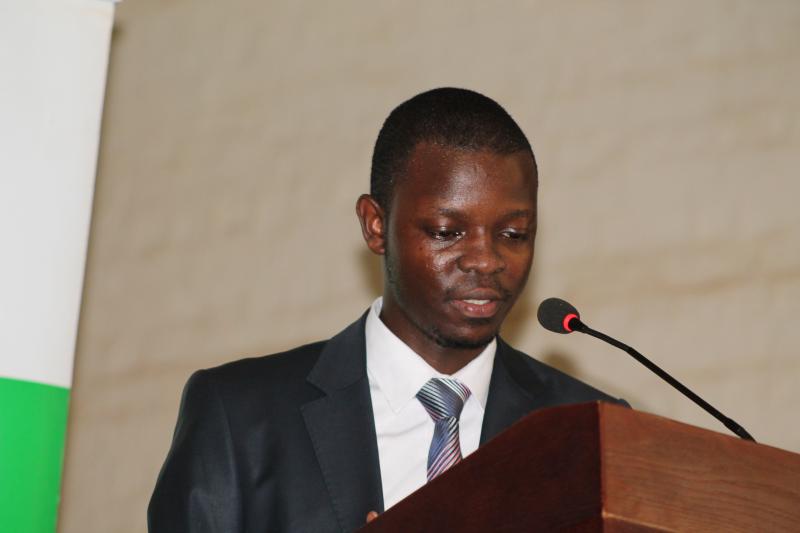 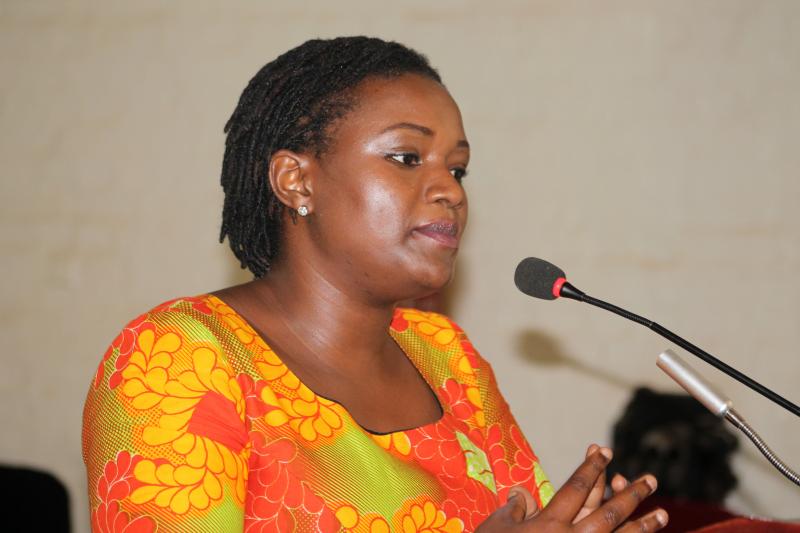