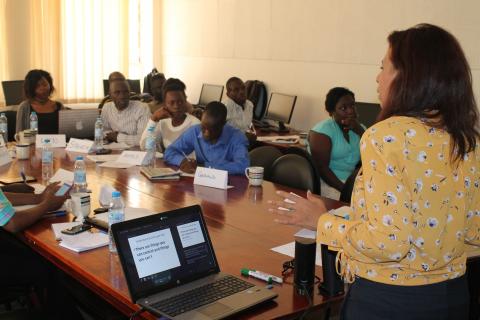 The Deputy Principal of the College of Humanities and Social Sciences, Prof. Josephine Ahikire has advised journalists to demand for a safe working environment.

Speaking at the closure of a two-day workshop on safety and security of journalists last week, Prof. Ahikire said society is relying on journalists to make sources of violence accountable.

“You should demand for safe spaces for journalists rather than saying, ‘keep to yourself’, ‘never move alone.’ Because that means that you are perpetuating a violent society. You are giving space for violence to thrive,” Prof. Ahikire said.

She advised journalists to ensure not only their own safety but also the safety of the other people by promoting conflict sensitive reporting.

“I always feel sometimes we normalize violence, we normalize death by sensationalizing pictures of the dead as if we want to make it the 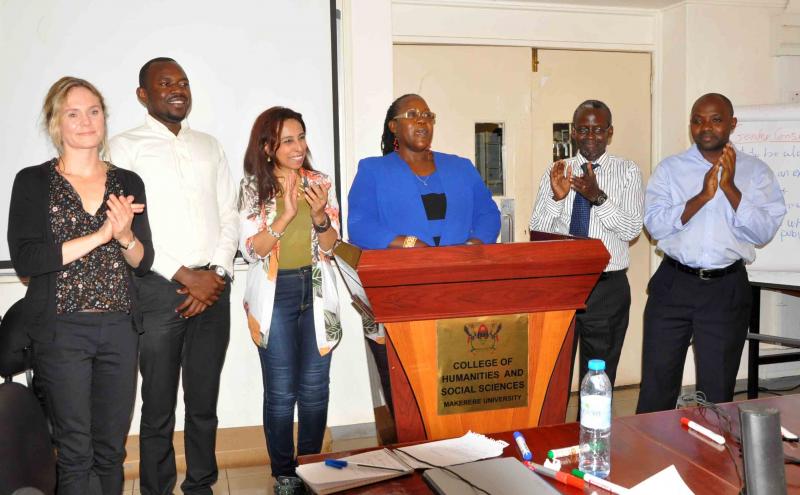 Prof. Ahikire commended the Norwegian government for financially supporting this and other partnerships within Makerere and other universities in Uganda.

The Head of Department of Journalism and Communication Dr. William Tayeebwa said that the department is currently reviewing its curricula. He promised that in the new curricula courses like the on one on safety and security of journalists will be mainstreamed. Dr. Tayeebwa encouraged participants to share the skills they have acquired with their colleagues that did not attend the workshop. 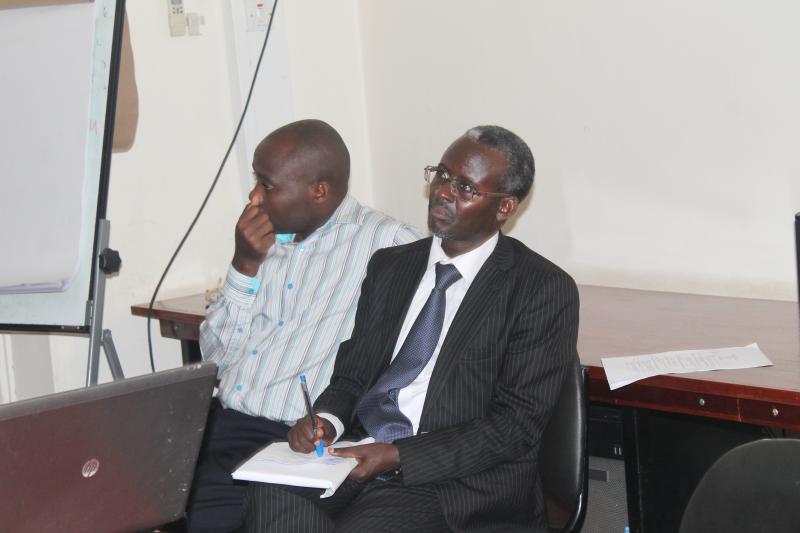 The trainers advised participants to value their safety at all times, saying that terrorist groups and government agencies are increasingly interested in discouraging the media from covering their negative sides.

One of the trainers Ms. Marte Hoiby, said that journalists ought to do situation analyses especially before covering violent events like wars and strikes.

"Most journalists get killed for covering war and politics. Foreign correspondents are being killed in war zones. In my 2014 study, out of the 100 journalists I interviewed, most complained of little or no action taken against perpetrators and none of them had received first aid training," Hoiby said.

Hoiby, who is also a lecturer of journalism at Olso and Akershus University College of Applied Sciences, added that for journalists to avoid being kidnapped or killed, they need to identify threats to their lives; establish the facts behind them; find out the pattern of the threats (whether repeated or not); objective of the threat and who is behind them.

She noted that once these are fully established, a journalist can take a quick action which will mitigate or end the treats that would be endangering his or her life.

The co-trainer, Ms. Abeer Saady, who is also the Vice President of the International Association of Women working at Radio and Television 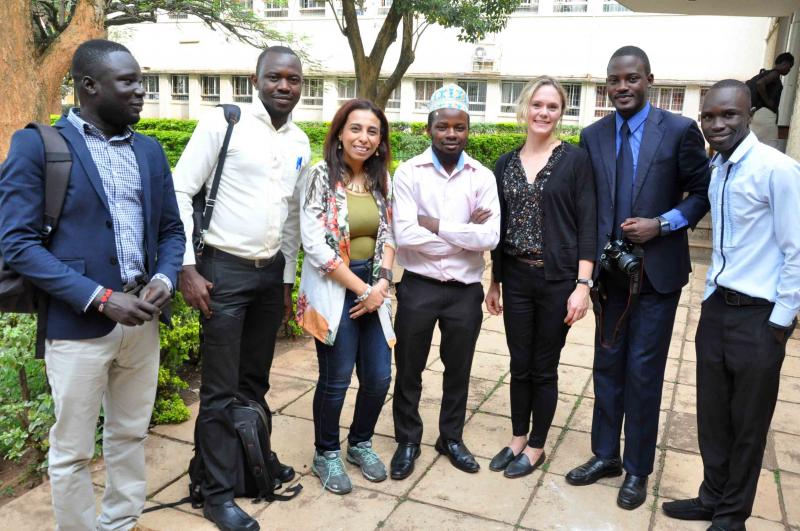 "Log off your accounts on your phones, have separate passwords for personal accounts, use external disks and encrypt them and above all, classify your data; know what you want to share on social media and what to keep to yourself," Saady said.

One of the workshop participants, Mr. Ashraf Kasirye, a photojournalist with New Vision appreciated the training.

"I was introduced to situation analysis; I didn't know it was for journalists too. I learnt that in some situations, standing with police can be more dangerous than standing alone because if they get attacked, you can face the consequences," he said.

Lyn Tukei, a fourth year student of Journalism and Communication said the conference was educative.

"I learnt how to safeguard myself. There is no way I can be kidnapped and fail to get away out. I also learnt how to report about children and interview people during war," Tukei added.

The workshop that took place from 22 to 23 November 2017 at Makerere was attended by journalists from major media houses such as Daily Monitor, New Vision, The Observer and bachelor and masters students of Journalism of Makerere University.